We offer an overview of the most interesting trades to watch closely and invest in on the global stock market at the moment. We checked three of the world’s biggest stock exchanges: New York Stock Exchange, NASDAQ and London Stock Exchange. We also looked at the expert opinion provided by Morgan Stanley and Steven Cress of the CressCap. 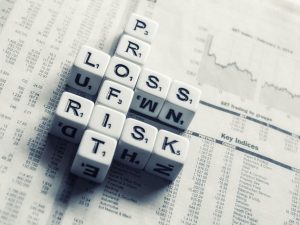 This is the second biggest bank in the US and one of the most commonly owned bank stocks in the country. This is so for a reason, as it has also been one of the best-performing bank stocks in the past few years. In 2018, Bank of America will continue with technology improvements and adoption of the mobile services, which will make it even more efficient. Current anticipation is that BAC earnings will rise 43%, adding up to a positive fundamental backdrop for this stock.

GE is down more than 56 percent from its 52-week high and is currently in the bear market territory. However, now would be a time to buy because the risk/reward ratio is amazing and you would be buying a valuable stock at a big discount.

Another stable investing opportunity to consider, popular on the London Stock Exchange, Lloyds has smoothened the problems from the financial crisis and imposed itself as a leader in retail and small business banking. Its biggest advantages are its size as well as the early introduction of digital banking that brought it ahead of its competitors. Lloyds is characterized by a healthy balance sheet and is in good position to return capital to shareholders or use it to keep expanding.

Morgan Stanley picked out Microsoft, Cisco Systems, and Disney, among others, “based on specific catalysts such as a change in industry fundamentals, a positive EPS surprise, or new product introduction.”

Morgan Stanley anticipates accelerating revenue growth, improving margins, and big total returns for Microsoft over the next three years. They also pointed out that the company is “emerging as a public cloud winner” with its Azure computing service.

In addition to its films, TV networks and parks, Disney is leading the race in transition to internet based video consumption, which has seen accelerated growth globally.

Tokyo Electron is a Japanese leading semiconductor producer. It received great ratings, due to its “inexpensive PEG ratio, CF/ROI multiple and dividend yield.” Most importantly, the company reports consistent growth in sales, with net sales rising by 20.4% in 2017.

The Chinese online and mobile commerce giant can stand up to the biggest players in the world and is the world’s sixth-largest internet company by revenue. It is expanding its internet search engine service, especially since the recent purchase of the search engine app UC Browser. The company reported EPS of 3.6 and the price growth reached an impressive 96.4% over 12 months. All this signals that Alibaba is a great buy opportunity for investors.

Why does Bitcoin have so much value?